a community where friendships flourish

11 Loughborough Road, Kirkcaldy, Fife, KY1 3DD
45 BEDROOMS
2 LOUNGES
1 LARGE DINING AREA
A HAIRDRESSER SALON
This classic sandstone building boasts one of our larger modern extensions. Situated on the east side of Kirkcaldy, Wilby House was purchased by the current owners in 1996 and a 26 bedroom extension was built onto the plot next door in 2000. A large extension added to the front of the original building in 2010 to incorporate a large dining area and spacious lounge to encourage socialisation, as well as a secure patio where BBQs are held.

Wilby House was built in1909 and owned by John Waldegrave Blyth, a prosperous Linen Mill owner in Kirkcaldy and maternal Grandfather of politician Michael Portillo.

‍The Blyths owned a linen weaving business based at the Hawkleymuir factory in Kirkcaldy’s Gallatown (the factory closed in 1961). They helped to fund the town’s art gallery which was built on land donated by John Nairn, the linoleum manufacturer. The museum was opened in 1925 and Mr Blyth’s daughter Cora presented a bouquet of roses to Gertrude Wemyss Honeyman - the daughter of John Nairn.

John Blyth was the first chairman of the trustees and remained so until his death in 1962, aged 89.Blyth, known as ‘Jack’ built his substantial residence, Wilby House, on Loughborough Road and became an avid but discerning buyer of Scottish colourists - as early as 1910 he purchased ‘Away to the West’ by William McTaggart. He hung paintings everywhere - in his office, at the factory and at home.

Michael Portillo has visited the house on a few occasions and has pointed out the bedroom that he slept in when he used to stay with his Grandfather for holidays. His most recent visit to Wilby House was in 2009 when he was filming for “Great British Railway Journeys” which was televised in early 2010. He recalled fondly the railway tracks at the bottom of the road where he would watch the trains go by as a boy and Wilby House’s grand staircase where all of his Grandfather’s artwork was hung. He also recalls his holidays to Scotland on his website:
‍
‍www.michaelportillo.co.uk/articles/art_nipress/lino.html 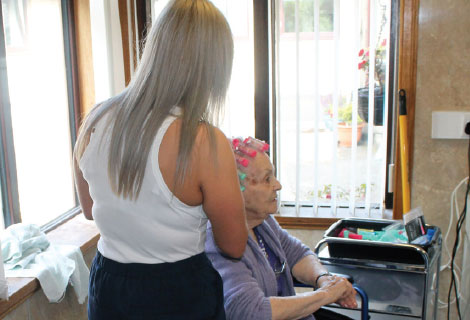 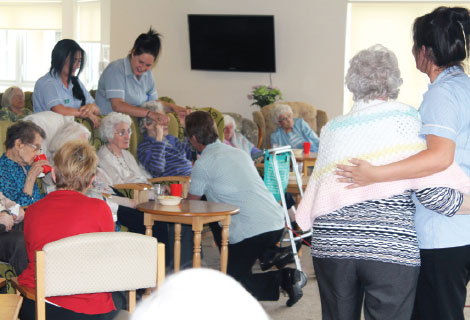 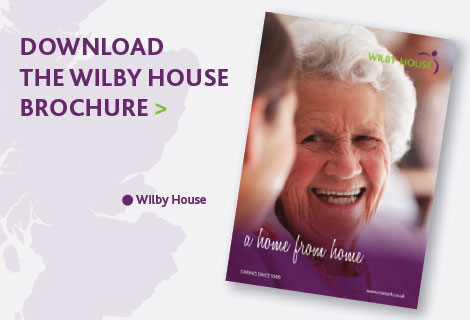 SEND AN EMAIL TO YOUR FAMILY MEMBER OR FRIEND

Send an email to your family member or friend.

Using our ‘staying in touch’ feature you can send messages at any time to any of our residents in the knowledge that they will receive it safe and sound.

Thank you! Your submission has been received!

Oops! Something went wrong while submitting the form

stay in touch
email my loved one

Thank you! Your submission has been received!

Oops! Something went wrong while submitting the form